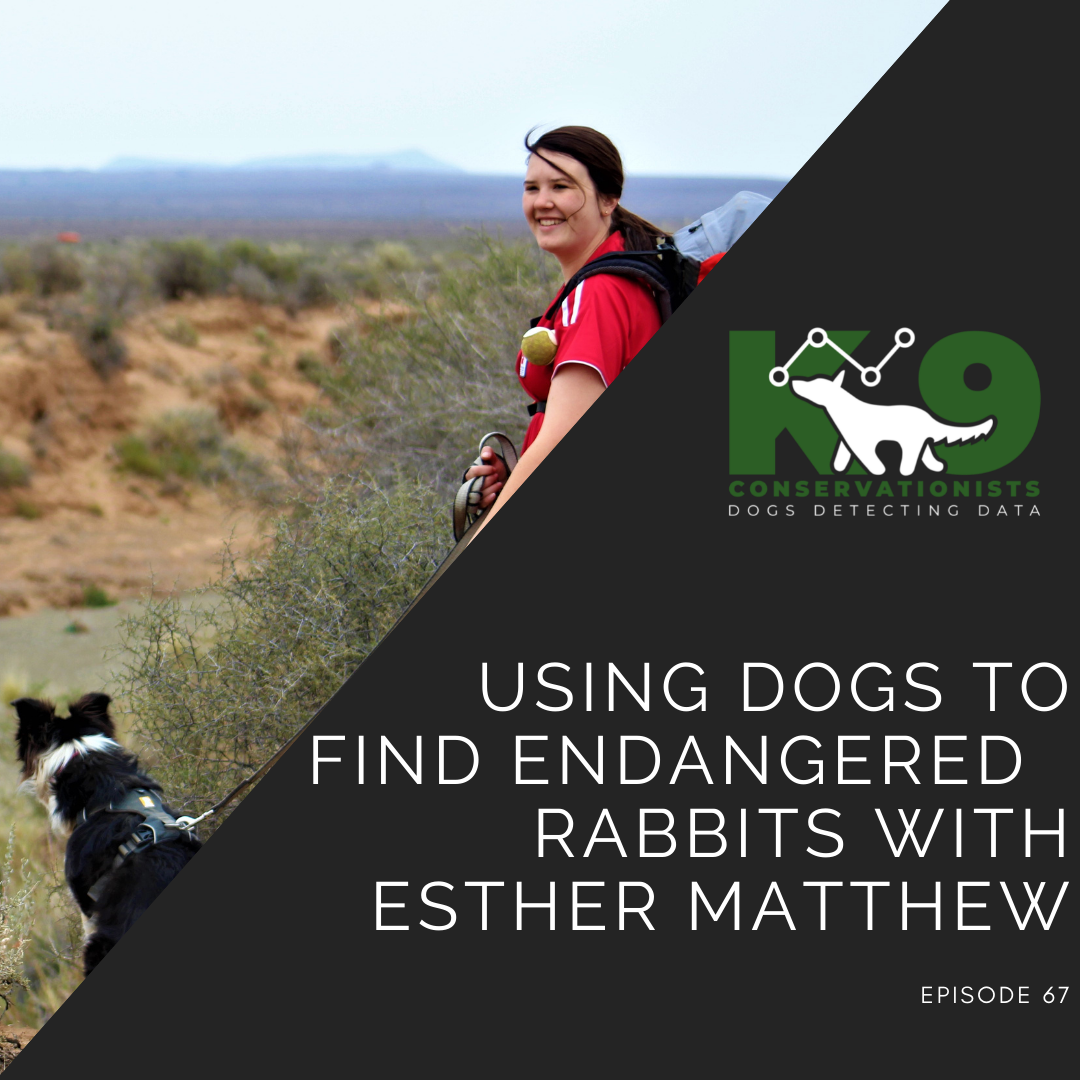 Today I have the joy of talking to Esther Matthew about training conservation dogs for a critically endangered lagomorph. Read Esther’s full bio at the bottom of the show notes and see some photos of her, the riverine rabbits, and her dog Jessie.

Links Mentioned in the Episode:

Where to find Esther Matthew:

Esther Matthew grew up in central South Africa and became fascinated with nature and animals at a very young age. Following High school, Esther pursued degrees in Zoology, Physiology, Biodiversity and Conservation Ecology. In 2015, Esther completed her M.Sc. in Environmental Science. As part of her studies she successfully raised and trained a scent detection dog to locate Giant African Bullfrogs (Pyxicephalus adspersus) underground. The project ignited Matthew’s interest in training canines for conservation and research.  As a result, Matthews pursued additional training with national and international professionals in the canine behavior and scent detection fields.

Matthew joined the Endangered Wildlife Trust’s Drylands Conservation Program (EWT-DCP) in 2016 and is currently working as their Specialist Conservation Officer, focusing on in situ Endangered species conservation and research. Esther also has a passion for sharing conservation knowledge. As such she works closely with learners from local schools, taking them into the field to teach them about nature through environmental education. Matthews coordinates the program’s volunteer project, aimed at exposing young career conservationists to field work in the Karoo.

Esther is a National Geographic Society Explorer and a highly dedicated and motivated conservationist. Esther aims to become one of the leaders in conservation canine research, because she is passionate for wildlife, conservation and research. She has an aptitude for the application of novel approaches in her work. Her enthusiasm and drive motivates other team members and her strong foundation in conservation biology allows her to lead by example.