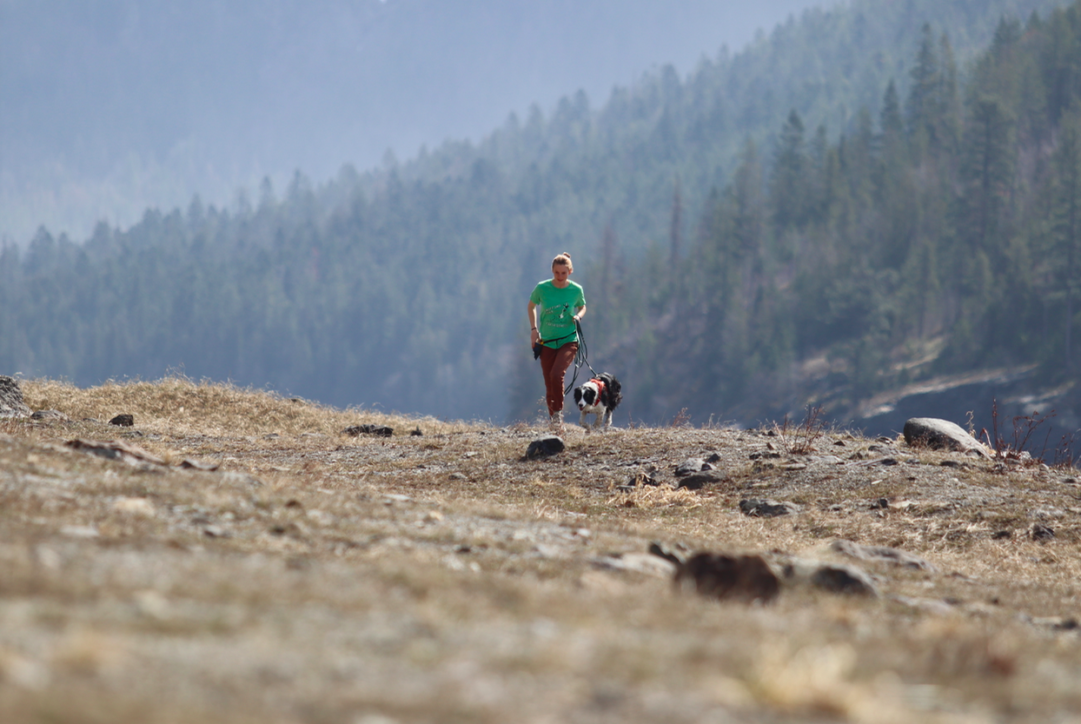 In January 2022, the K9 Conservationists Team was hired to come to Kenya to help with a struggling conservation detection dog program. Action for Cheetahs in Kenya has two experienced detection dogs paired with two very green handlers. Our job was to help mentor the handlers and create new best practices for the program going forward.

One of the most vexing problems facing the team was off-target alerts (they called them negative indications). Time after time in training, both dogs would confidently and clearly alert to caracal or leopard scat rather than the cheetah scat presented.

There are a wide variety of reasons that dogs may make false alerts (also called false positives, off-target alerts, negative alerts) and we may never know precisely what caused the initial issue with the Action for Cheetahs dogs. For conservation detection dog handlers, it’s important to understand some of the causes and potential solutions. In many cases, the root cause of false alerts may be a combination of the factors below.

I don’t really like the term “false alert,” as it implies that the dog is wrong or tricking the handler. As you’ll see below, most of the causes of a “false alert” are actually due to the trainer’s error in teaching the dog, not the dog!

Early in training or with poorly-trained dogs, the dogs simply may not know what they’re looking for. These dogs may alert to random objects or get “superstitious” about specific objects. They may also alert to distractors such as their handler’s scent or saliva from other dogs.

Imagine you’re training a dog to find one subspecies of bee while ignoring another. The samples may be so similar that some dogs (or even many dogs) struggle to tell the difference.

While dogs are incredibly sensitive, it can take specialized training and very careful sample storage if you want dogs to discriminate between two extremely similar scents.

This may be part of our problem with the ACK dogs alerting to caracal scat when they’re supposed to only find cheetah; this problem is worsened in our case because the samples come from rehabilitation centers where both cat species are fed the same diets, medications, and supplements.

Residual. When you train a dog to find a target odor, they find that target odor regardless of amount (within reason).  Aviles-Rosa et al. 2021 found that many dogs won’t spontaneously generalize to samples that are much larger than their training amount (30g to 13kg), so dogs generally won’t find miniscule amounts if you always train with large samples.

However, if you frequently train on small amounts the dogs will alert to small amounts in the field. They may find a fragment of wing leather left over from a bat carcass if the main body was eaten be a scavenger (as Niffler did several times in summer 2021). In some cases, this may be desirable!

If a dog is alerting to an apparently blank area, it may be prudent to search carefully for residual target left around. If it’s important to you that the dog only finds samples that you can actually collect and process, it’s best to train them using samples of that amount, age, and condition.

In many cases, I don’t reward dogs for alerting to where a sample was last week because that information is unhelpful to me even if there is residual odor there. I’m essentially training them to only alert to a useable amount.

Swapping sample containers and storing samples together is a big no-no for a reason! If you store your super-potent scat samples near less-potent distractors, you’re likely to end up with a bunch of “distractors” that actually smell like your target!

After transporting cheetah scat for 6 hours yesterday, my bag still reeks of cheetah scat and likely will for a few days. If I had also stored caracal, lion, or leopard scat in that bag, I would have contaminated all of my samples to the point that I now have a contamination (or even saliency) issue!

In some cases, it’s useful to know that contamination occurred but your dog isn’t really “wrong.” For example, training a dog to find puma scat might mean that the dog finds puma scat even if it’s been urinated on (and therefore mixed with) by coyote scat or eaten by coyotes (see DeMatteo et al, 2018). The tricky thing here is that the samples in both cases were marked as coyote but not puma by genetic analysis – so the dog was “wrong” according to genetic analysis even when it was a puma scat urinated on by a coyote. Interesting, right?

For example, using plastic containers can be an issue because the odor of the plastic leaches into the scat while the odor from the scat leaks into the container. The scat now smells a bit like plastic! If you reused a jam jar for storage, your scat may smell a bit like jam.

Samples also degrade over time, and poor storage can worsen this issue.

Imagine you’re in the field and you see a scat that looks an awful lot like a bobcat (your target). You slow down and circle to ensure your dog gets a good whiff. Or maybe you put your hand on your treat pouch, ready to reward in a timely manner. Maybe you hold your breath or smile. Maybe you even point it out to her and say, “Check here!” Your dog alerts. Did she alert because it’s a bobcat scat, or because of your behavior?

This is the root cause of many off-target alerts: the handler’s mistake.

This is often worsened when scats are visually difficult to distinguish such as red fox and bobcat. A handler is unlikely to make the same error with a bat carcass versus a bird carcass!

This error can even occur in training when a handler slows down near a known distractor, inadvertently cuing the dog to search harder and/or alert.

Clearly teaching a dog a “go-no-go procedure” may help if you want the ability to point out an unknown sample to your dog in the former case while searching blind hides and carefully training handlers can help in the latter case.

I had a funny example of this where I realized that I’d gotten into the habit of pulling out my phone to record Barley’s searches as he neared a target. He picked up on this and started to search harder or randomly alert if I was filming. Embarrassing at the time, but a useful learning experience now!

Imagine your dog alerted to that mystery scat above when you slowed down. Imagine you trusted your dog and rewarded them, then later found out it was a red fox scat. Now your dog has been rewarded for an off-target scat!

Some dogs are so cued into their handlers that it doesn’t take an error this large. Simply pausing for water, interacting with them at all (such as to cue them to search again), petting them, or fidgeting with your treat pouch at the wrong time can have a similar effect.

My dog Barley finds directions and cues rewarding enough that giving him too much feedback is a recipe for disaster.

Some handlers are training junkies and just love training a flashy focused alert. I’m not one of them, but some of the past handlers at ACK certainly were! The dogs here have had so much practice with ultra-high criteria alerts (perfectly still, focused, and long sit-stare alerts) that the alert itself appears to the dog to be the most important part of the job.

You get what you pay for, and in this case the handlers were paying more for the alert than for seeking odor or sourcing odor.

The dogs reasonably deduce that the quickest way to their reward is to alert, so they try alerting when off-target. The dogs aren’t “testing you” or “trying to trick you” – they’re just doing what they’ve been rewarded for.

One of the tricky things about dogs when compared to other sample methods is that they’re living, breathing, thinking beings with complex emotional lives.

Unlike a camera trap, they can have bad days. Unlike a GPS collar, they can get overly excited. Like a human field tech, they can get frustrated with tough or long field conditions.

If your dog seems to make off-target alerts after long blank searches, frustration or fatigue may be at play. Dogs that make lots of false alerts early in a search or on the first searches of the field season may be struggling with arousal or excitement.

Imagine every day you carve out 30 minutes to train your dog: 5 minutes to set the hide, 5 minutes to collect and potty the dog, and 20 minutes to search. You do this for weeks or months. Later, you attempt a 40-minute search and the dog starts searching more intensively at 18 minutes before alerting at 20 minutes – but there’s nothing there.

You’ve just experienced what Paul Bunker calls the 20-Minute Alert. It’s important to train the dogs with varied problems types and durations to ensure that your dog actually can search in the environments needed.

What other reasons have you seen a dog perform an off-target alert? Have you ever experienced any of the problems outlined here? We’d love to hear in the comments below!