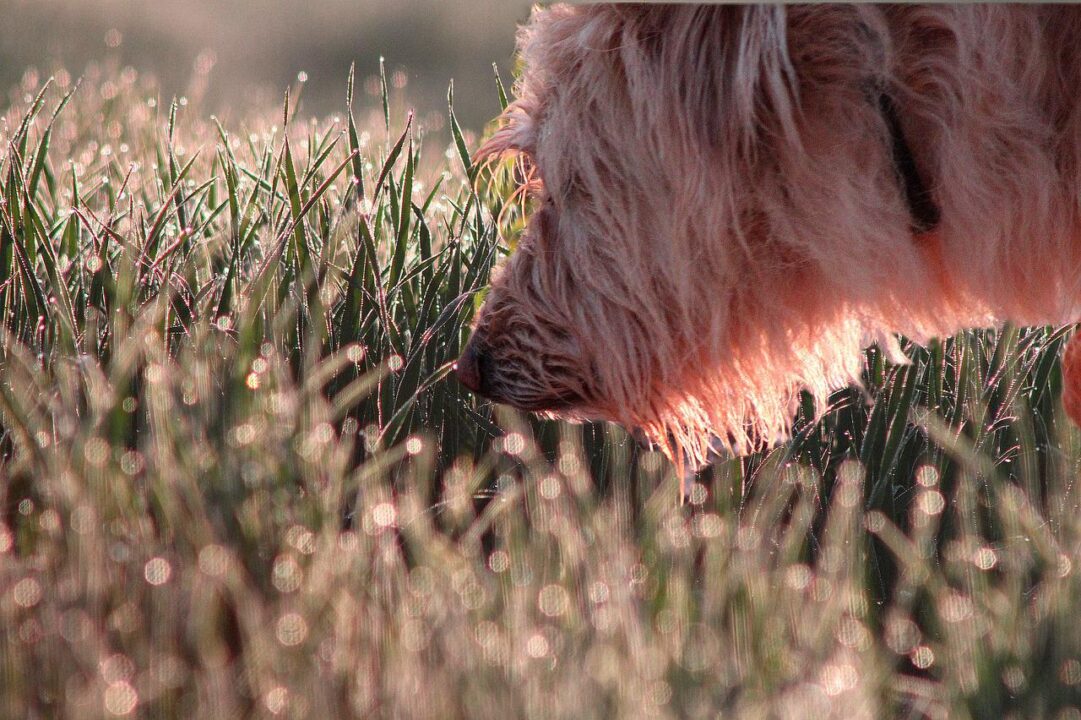 Thank you to Madison, who volunteered to write this article.

As the world of conservation detection dogs grows, finding or creating more dog and handler teams becomes necessary. Let’s face it, working dogs are expensive! This can cause a barrier for smaller conservation projects and organizations that would benefit from having some conservation dog teams at their side.

This is why the article “Diving in Nose First: The Influence of Unfamiliar Search Scale and Environmental Context on the Search Performance of Volunteer Conservation Detection Dog-Handler Teams” seeks to explore the possibility and logistics of utilizing volunteer search teams. The research by Rutter et al. follows a rather wide scope with regards to owner-handled detection teams, search challenges in new environments, and the basic building blocks of training a detection dog and its handler.

Researchers conducted two separate experiments, each testing a different aspect of odor searching and handling in similar setups. The first experiment was conducted on 3 different-sized plots in a simple environment, a maintained sports field. The second experiment took place in a more complex environment, within 2 differently sized plots of woodland.

Each experiment consisted of 13 dog-handler teams that had been trained to find the essential oil myrrh in a laboratory setting in a previous study. Originally there were 14 teams, but one was dismissed due to unprovoked dog aggression. The target odor was placed onto cotton swabs that were either directly placed on the ground or in PVC “pots” as well as on paper towels in open-ended steel tubing.

Both studies followed this outline: first, a familiarization process, then the baseline assessment, a period of training with detection professionals, and a final assessment after the training period.

The familiarization process was used to prime the dog for searching, rather than wandering around search areas. Three pots were placed on a scent board, with one containing a target odor. With each successful alert, another pot was added, up to 10 total pots. Target pots would also be moved further away from the scent board to encourage searches independent of the board.

After 1- 2 trials with the target pot further from the scent board, a scent tip was placed directly on the ground where the pot was. Over 3-5 trials, the scent board was moved as the scented tip remained in place. Most teams successfully transitioned from indoor to outdoor searches within 2 familiarization rounds. Once the dog was proven to be competently searching, the baseline assessment was performed.

Between the baseline and final assessment, each team underwent a several-week training phase. During experiment one, the phase was 12 weeks, while experiment 2 had a 7-week training phase. Both included 2-hour classes held weekly, plus 4-hour workshops with professional conservation dog handlers. Each team utilized exclusively positive reward methods. Handlers were instructed to begin searches downwind 3-5m from the target odor.

Dogs were rewarded based on any interest in the odor, regardless of alert behaviors. Once dogs show proficiency in sourcing within the target odor’s scent cone, they moved to stage searches starting outside of the scent cone, and progressively scaled up. Handlers determined their pace to move to larger areas while increasing the time between alert and reinforcement. Once teams were competent in finding odor outdoors, their training shifted to focusing on search strategy and odor dynamics to be more systematic and efficient in their search areas. Control materials were also utilized, with swabs, pots, and tubes containing no scent in addition to the targets.

Final assessments were taken at the end of each training period. For simple field searches, teams started searching for 2 targets in a medium-sized plot (625 sq. m) within 10 minutes. After an hour break, teams completed a search in a large plot (5000 sq. m), with 4 hides in 20 minutes. In complex field searches, teams completed 2 large searches on 2 non-consecutive days, with 30-45 minutes between searches. Each search had a time limit of 25 minutes. Researchers took many precautions to keep each trial the same.

Teams had no observations of other teams as well as no knowledge of the placement or number of targets and control. Target odor locations were determined by randomizing 5×5 plots within the search area and no locations were used for the same dog twice.

Researchers placed hides no more than 20 minutes before the search, and the team who placed targets and controls zig-zagged and walked erratically to limit dogs following human trails rather than searching for the target odor. Teams were measured by the ratio of found targets to targets available (search sensitivity) and false alert instances.

In the first experiment, researchers sought to compare accuracy in teams when their search area was larger. Baseline searches showed the teams were solid in searching an area once familiarized, with an average of 70% search sensitivity and no false alerts.

When shifting from simple to complex field conditions, teams had significantly poorer sensitivity, with an overall average of 60%. However, false alert instances significantly decreased from 11 to 0.

Teams spent more time searching complex areas, but not significantly more. After training, teams showed significant improvement but with a large variability between individual teams. The search sensitivity of each team ranged from 29%-100%, with 6 of the 13 teams finding 75% of the targets in 25 minutes.

Researchers sought to gain more information within the realm of volunteer conservation dog teams, including differences in accuracy before and after periods of training and in several different contexts.

Surprisingly, training did not significantly aid teams in simple field conditions. Larger search areas and more complex search areas decreased the quality of searches for the teams overall. Discrepancies can be explained by many factors, such as weather, the suitability of the individual dogs for conservation work, and confidence within the teams.

As with any research, these experiments had their limits. It is possible targets were somehow tainted, whether that be improper handling or too direct of a human trail to the location. Due to the random generation of location, target density could have also affected results as it did not remain constant. While researchers tried to consider ecological validity when setting up searches, this may have influenced the success of the teams.

This article considers volunteer conservation dog teams to be a potential option for conservation projects. The researchers suggest volunteers be led by professional handlers through searching and training to gain the best results and ultimate coordination. It further suggests a way for future canine conservationists to get hands-on in the field, and a way to grow the field.

Four teams from this study even went on to do formal detection work successfully with an alpine stonefly project! Overall, Rutter et al. raise an interesting way to expand the field of conservation detection dog work and gained some insights to help further the training of every team taking to the field.